From two Impalas on his debut at the East Down Yacht Club to 11 now, progress has been very satisfying at the club on the western shore of Strangford Lough. It would be the envy of many local sailing fraternities in Northern Ireland and further afield.

There are very few fleets of one-design cruisers still racing in competition at Strangford Lough or Belfast Lough, so there is considerable interest in the burgeoning fleet of Impalas EDYC.

Impala 28 racing as One Designs at East Down

But it was the continued addition of more of this popular 28ft design that had a knock-on effect and now there are eleven. And indeed another has arrived in the Lough recently, which I believe will be at the nearby Strangford Lough Yacht Club – Mike Heath’s Jimmy Cricket is set to race. 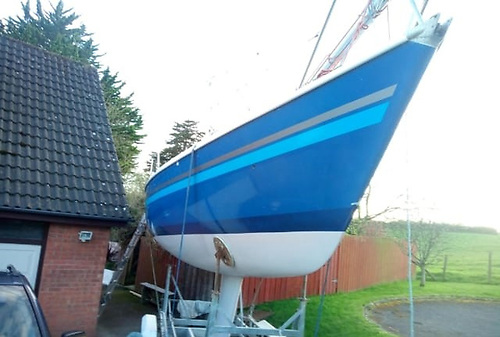 At the inaugural Impala Owners Meeting in December 2020, it was decided that the class should evolve into a true One Design fleet with all boats strictly adhering to class rules.

The hope now is to continue to grow the fleet and attract new club members interested in crewing or owning an Impala 28. They will be out in force at the Spring’s two-day Open event. Series this weekend at Quoile Yacht Club in the southwest corner of the Lake.