The number of abandoned boats along the coasts of the UK and Europe is increasing. Now a new initiative is looking at the scale of the problem and improving the way end-of-life boats are disposed of

The scale of the boat spill around the UK and North East Atlantic needs to be looked at as part of efforts to tackle the growing problem of end-of-life ships.

Under the new Regional Marine Litter Action Plan, the UK Department for Environment, Food and Rural Affairs (DEFRA) is working with other countries to “map the scale of the problem” in the Northeast Atlantic region.

It plans to “develop guidance to improve waste management for pleasure craft that are no longer wanted or fit for use,” a DEFRA spokesperson said.

The Welsh Government is also funding a three-year Nature Marine Litter project to raise awareness of abandoned boats, which starts in the autumn.

Dawn Beech, Senior Adviser at Natural Resources Wales, said: “We are working with partners to raise awareness in the boating community of the financial and environmental impacts of flytipping boats. We are also working to influence end-of-life solutions, as well as addressing existing hotspots.

A lack of regulation regarding the disposal of old boats and the costs of disposal – around £3,000 for a 30ft boat – can result in dumping of vessels.

They can only be removed if they pose a hazard to shipping, and often the long process of finding an owner means the boats degrade and become a threat to the environment.

One of the biggest problems is with GRP boats, as the glass-reinforced plastic currently cannot be recycled and is instead sent to landfill.

Researchers from the University of Brighton are currently studying microparticle contamination in Chichester Harbour, with a focus on GRP, which was found to have been injected by marine animals such as oysters and mussels. 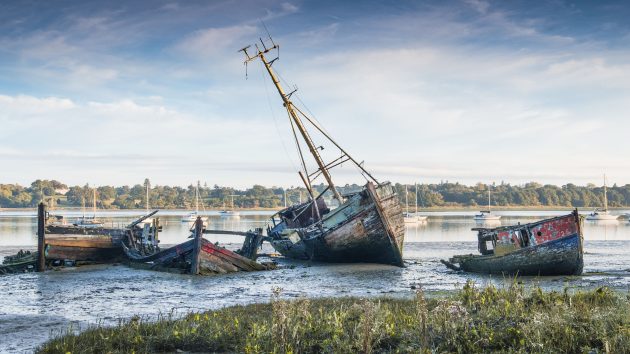 Pleasure and commercial boats can be found abandoned along the UK coast. Credit: Getty

The UK Harbor Masters’ Association said the problem was growing, particularly in popular sailing areas like the South East and South West, and members are now collating figures on abandoned boats.

“A lot of people haven’t had a chance to visit their boats and now they’ve broken down and require a lot of expense to get back to working condition. For low-end boats, the option for some is to ditch them. Additionally, the boom in boat purchases during COVID has meant that some people have purchased boats without realizing the attention they need and the cost to keep them in good working order. Now, with the cost of living, some people are drifting away from their responsibilities.

Captain Willis said ports ask for proof of ownership and boat insurance when a yacht is moored there, but that does not help track down boat owners who do not comply with port or mooring dues. He would like to see a national boat registration system. 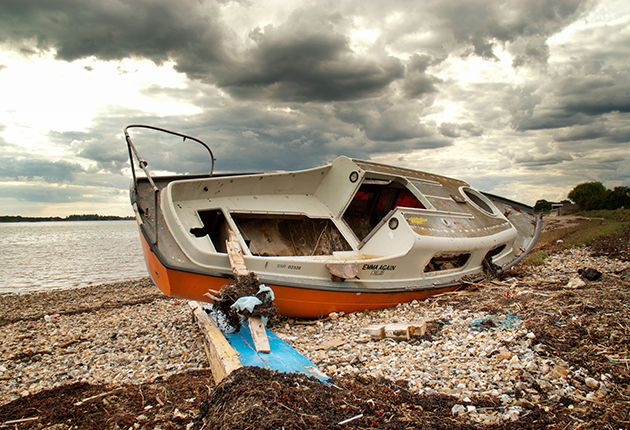 With 9,000 GRP boats abandoned in Europe each year, finding disposal solutions is not easy. Could new technologies be the answer?… 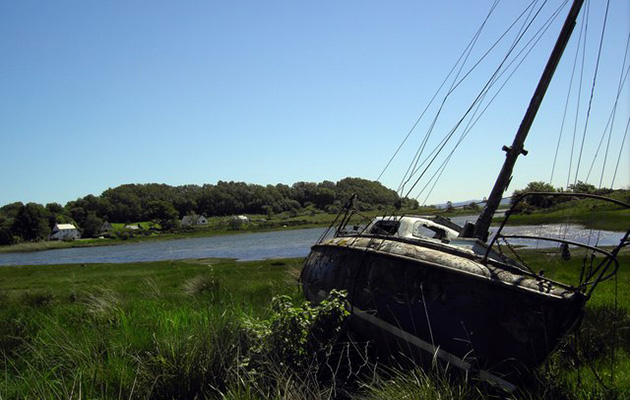 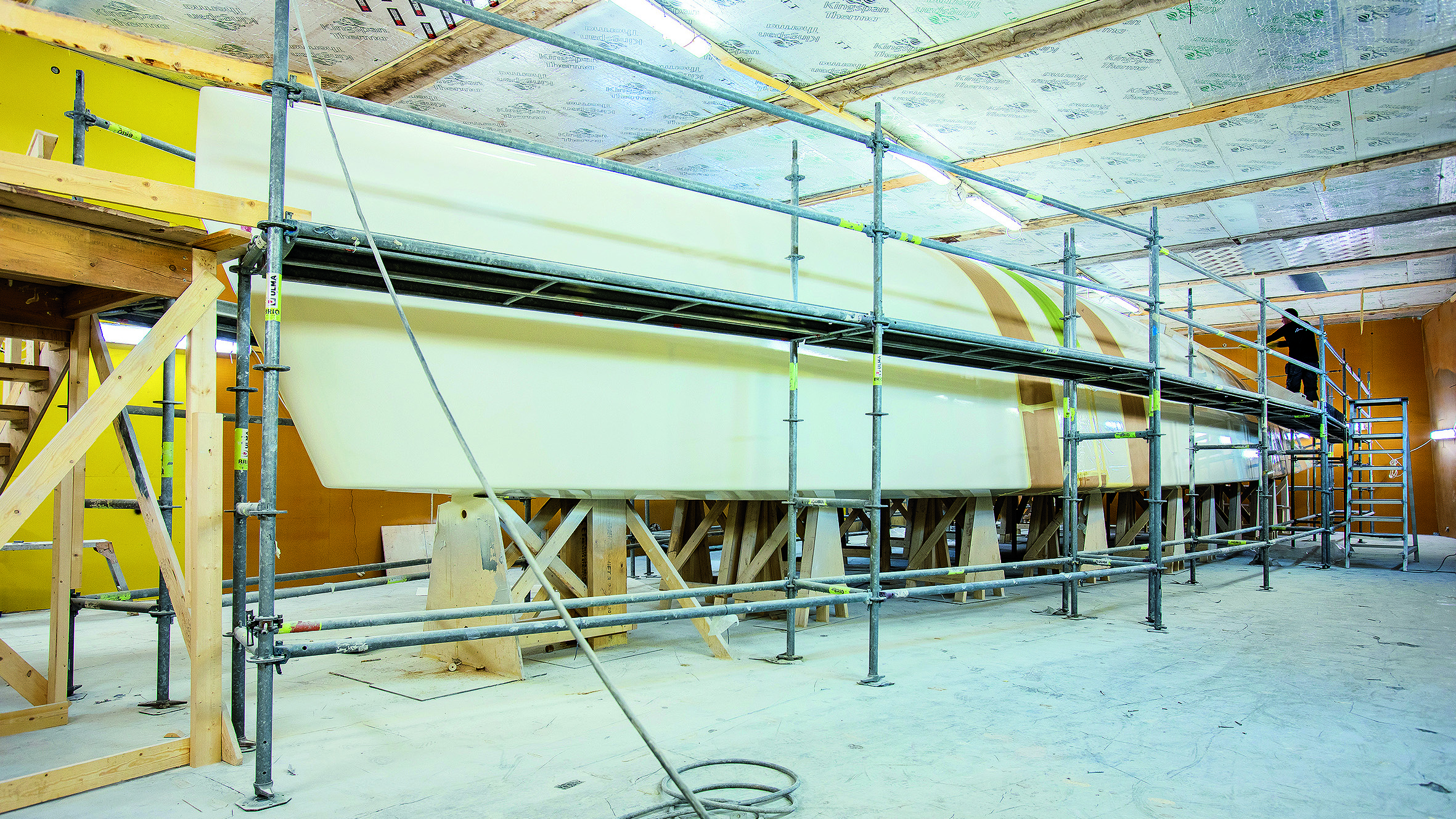 He would also like to see a sales tax on every boat sale, with the money centralized to pay for the recycling of flying spike boats.

“A boat can be sold five or ten times, but it’s the last owner who will have to foot the bill to get rid of it. It’s likely that the owner won’t have a lot of money, because he bought a cheap boat, and won’t have the money to dispose of it responsibly,” said Edney, who says 20 % of Boatbreakers job is getting rid of abandoned boats.

“Some people are responsible and after weighing the cost of mooring and maintenance fees they realize that it pays to recycle their boat, but at the end of the day any kind of national program should be funded by the government to function. In France, free boat recycling services exist, and all owners must pay the cost of transporting the boats. 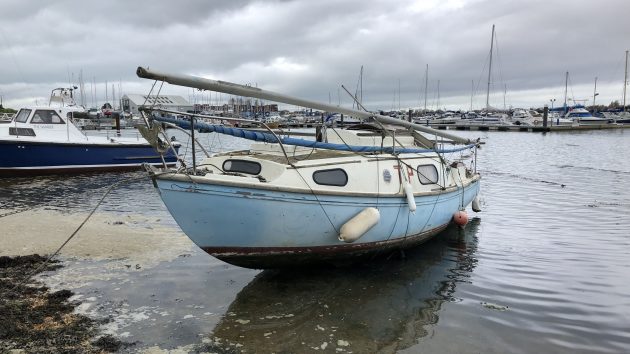 There are fears that the rising cost of living in the UK could lead to an increase in the number of abandoned boats. Credit: Boatbreakers.com

Edney said that ultimately, until GRP can be fully recycled, the problem will not go away. Although there has been some success in recycling wind turbine blades into GRP, the GRP on boats, due to the different resins and other materials, is more complex.

In 2019, the European Boating Association (EBA) set up a working group to examine the legacy of existing end-of-life GRP and composite boats and how future designs could take into account the dismantling and use of recyclable materials.

He concluded that in addition to ensuring that boats are designed and built from materials that can be reused, recycled and recovered as much as possible, extended producer responsibility should also be introduced.

This could be through a tax on new boat sales to fund disposal or by allowing owners to return old boats to their original builders, if possible, who would then dispose of them.

In Wales, abandoned boats can be reported to www.flytippingactionwales.org.

Good reading New initiative to deal with the increase in abandoned boats?