The new Globe40 Race has begun, with seven double-handed Class 40 teams setting off from the Moroccan city of Tangier for a 30,000 mile circumnavigation.

The first Globe40 race kicked off on Sunday June 26, with seven Class 40 teams setting off from the Moroccan city of Tangier for a 30,000 mile circumnavigation.

He also, unfortunately, had his first incident, with a collision shortly after the start between two competitors.

Divided into eight stages, the Globe40 Race has the option for two-man teams to change crews at various points in the race, making it easier for largely amateur competitors to manage life at home without having to worry. commit to being offshore for nine months.

Strong westerly winds for Gryphon Solo II at the start of the Globe40 race in Tangier. Photo: Jean-Marie Liot/Globe40

The fleet of seven boats is a multicultural composition for a Class40 offshore event, with teams from Japan, America, the Netherlands, Canada, a boat from France and even a home entrant from Morocco.

To have only one French team in a race organized in France is surprising, especially given the depth of the Class 40 fleet in France. Only America is represented by two teams in the seven-yacht race.

Fifteen boats initially signed up for the Globe40 but later dropped out for reasons ranging from covid concerns to the war in Ukraine.

At the start of the Southern Ocean

One of the major challenges for the competitors of the Globe40 will be its relatively early departure date for a circumnavigation of the globe.

After leaving Tangier in June, the fleet will stop in Cape Verde in July, and should pass the Cape of Good Hope in South Africa at the end of July, in the middle of winter in the southern hemisphere. 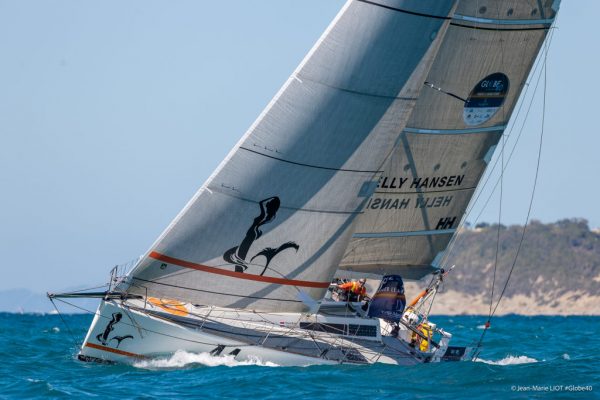 Dutch co-skipper Ysbrand Endt expressed his concerns about the weather in the southern hemisphere: “It will be very difficult, so we have certainly considered whether we can handle strong winds. For example, we have a fourth reef in our mainsail.

“We have a very strong J2 which is a bit stronger than normally we would have chosen so we are able to go downwind at 50-55 knots.

“In the Southern Ocean, in the winter, it will be tough.”

The ambitions of the Globe40 skipper

With more or less competitive experience in the fleet, the ambitions of the Globe40 skippers are equally mixed.

Interview with the skipper of Japanese competitor Masa Suzuki aboard his 2nd generation Class40 Milai: 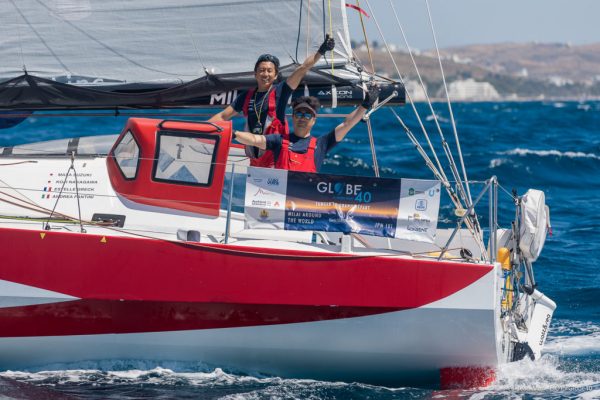 Suzuki and Milai had already had their share of troubles before the race. During the passage to Tangier during the prologue leg from Lorient, the Class40 was attacked by an orca off the coast of Spain, which saw the yacht being bitten on its starboard rudder. Fortunately, the team was able to find a replacement before the start of the race.

However, not all teams participate simply for the spirit of adventure. Some have their eyes on the prize while others see it as a potential stepping stone to greater things.

The Dutch team has been preparing for this race for two years and skipper Frans Budel has already sailed around the world with his father. Their Class40 Dry Hayai is the oldest in the fleet.

Budel says: “I knew I wanted to sail around the world on this boat. It’s an older boat but we think we have a competitive boat, a good boat and a little heavy, but for a race like this it could be better. 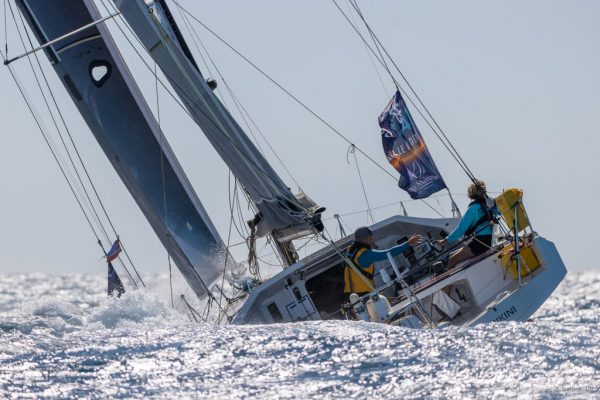 Drama at the start of Globe40

The Globe40 is the brainchild of Manfred Ramspacher, who launched the event three years ago but had to delay the start by a year due to covid. The next edition is scheduled for 2025.

We asked him why would a Frenchman launch a new race from Africa? “Of course I had a few French ports in mind, but very quickly we were in contact with the people of Tangier.

“The first time I came to Tangier, I was very impressed. It was a great place for an event, it’s a new marina and the town is perfect for Europeans, it’s close and people speak so many languages.”

After an intense week of preparation work before the start in the brand new marina in Tangier, the seven yachts headed for the start in cool westerly winds blowing from the 1920s to the 20s: perfect conditions for the Classes 40 mile eaters begin their nine months at sea.

Within the first 10 minutes, however, disaster struck the France team.

French entry The Solidarity Globeskippered by Eric Grosclaude, was just out of the gate when they tacked into the Canadian Jack Whiskeyskippered by Melodie Schaffer, and struck her amidships in an apparent port-starboard incident. 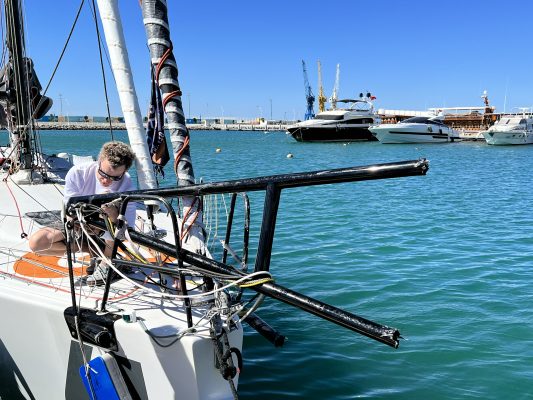 Fortunately, the Canadians seemed to escape without too much damage and continued on their way, but the French team had to return to port with a broken bowsprit.

The first stop will be the Cape Verde Islands, followed by Mauritius, Auckland, Tahiti, Ushuaia, Recife, Grenada, and finishing in Lorient. Follow the fleet on globe40.com 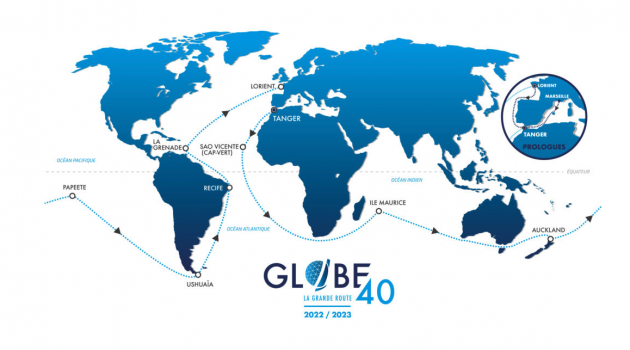