The first unit of the new WHY range will be launched in the first half of July. The innovative motor yacht combining the comfort and space of a larger displacement yacht with the speed and performance of a semi-displacement, was developed by the Wally design team led by Luca Bassani, in conjunction with the engineering department of the Ferretti group, in collaboration with Laurent Giles NA Ltd. for naval architecture and Studio A. Vallicelli & C for interior design.

“We are very proud of WHY200, a yacht which was a bit of a gamble but which rewards us today with a result which exceeds our wildest expectations”, says Stefano de Vivo, Managing Director of Wally. “With its wide body design, this 200GT yacht offers much larger volumes than traditional powerboats, as well as much more living space and stability than any competitor.”

The WHY200 features a spectacular 4.7 meter high glass bow housing a stunning 37mÂ² master suite overlooking the sea, with uninterrupted 270 degree horizon views. This cabin is also distinguished by its exceptional sound levels thanks to the positioning of the engine room which is located opposite the boat. 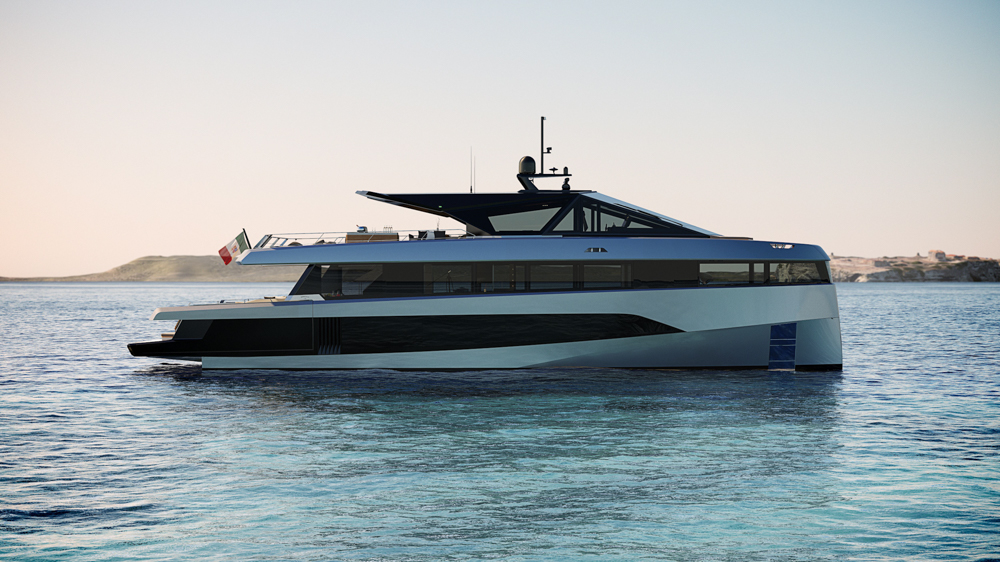 The eye-catching upper deck features a futuristic glass and carbon dome, a distinctive feature of Wally that is reminiscent of the crisp, angular look of the legendary Wallypower.

The interior of the first unit displays an exclusive ‘Wally Silver’ color and will feature a four cabin layout: the master cabin with two separate bathrooms on the main deck, a VIP and two guest cabins on the lower deck.

Living by the sea also means enjoying activities in direct contact with the water. The WHY200 is also unmatched in this regard: the folding bulwarks of the beach club, for example, not only allow access to the sea on three sides (according to a radically innovative concept), but also extend the living area to 32 mÂ², transforming into a veritable terrace above the water, with a size and features that make all competitors, even the largest, pale in comparison. The two garages of the WHY200 are capable of accommodating a 4.05m jet tender, a wave runner, a seabob, a paddle board and all kinds of water toys. 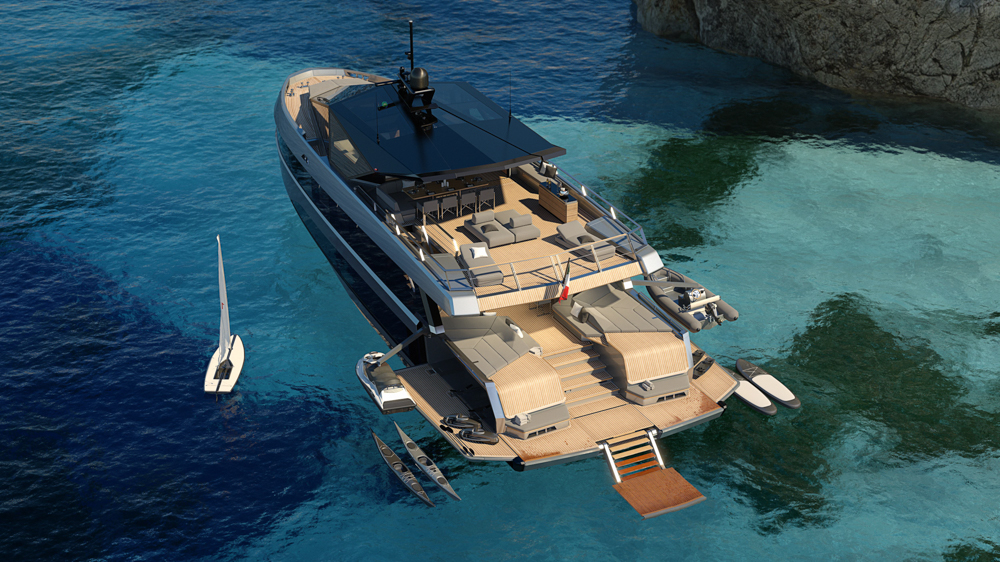 Thanks to four Volvo Penta D-13 IPS 1350 engines of 1000 hp each, the WHY200 can sail at any speed (maximum speed of 23 knots), maintaining a horizontal position without reducing the comfort of the guests on board, this which is unique among fast semi-trips. yachts.

“Like all Wallys, who for 25 years have been ahead of their time and pioneering yacht design, the new compact superyacht WHY200 carries the ‘Wow’ factor etched in its DNA,” comments Luca Bassani, Founder and Chief by Wally. Designate. “The new WHY200 expresses all its innovative power through new architectural elements, which represent a break with the past and with the typical clichÃ©s of a motor yacht. Ferretti Group has made it possible to realize a concept that was close to my heart for some time believing in the success of a bold design that will enhance the owner’s experience on board and represent a turning point in the motor yacht market.

The yacht will make its official debut at the Cannes Yachting Festival. Alongside the WHY200, two of the best known and most recent Wally models will be in the water: the 43 Wallytender X, the 48 Wallytender X as well as the 48 Wallytender will be on display at the main entrance to the boat show.
Wally is part of the Ferretti group. It was founded in 1994 in Monaco by Luca Bassani and is the only yachting brand to have twice won the ADI Compasso d’Oro, the world’s most important award for quality and design.