Last week’s talk by Royal Cork Yacht Club helmsman Harold Cudmore on the exploits of the classic Cork Harbor One Design Jap yacht in Saint-Tropez in October provided details on the recent performance of the yacht built in 1897 on the continent , but also revealed details of 2022 plans to bring a classic boat division to Cork Week Regatta next year.

As regular Afloat readers will recall, the restored Jap, skippered by Cudmore and with a crew that included Club Admiral Colin Morehead, won the classic Le Voile Saint Tropez regatta in the south of France.

During the club chat, Birles presented a half-model of the classic yacht Erin for display at the Crosshaven clubhouse.

Details of Cork Week’s Classic division will be announced at the Paris Boat Show on December 4th. 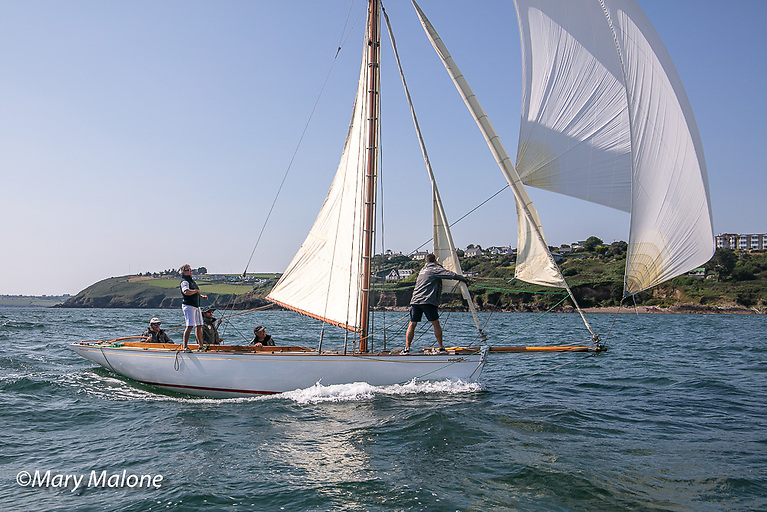 Jap, built at Carrigaloe in 1897 and fully restored and sailing again (pictured here in Cork Harbor) as part of the 300th RCYC celebrations, took an unassailable lead in its class during the major Classic Regatta in October. Olympic coxswain Cudmore was at the helm of the oldest and smallest yacht in the fleet of classic Centenary Trophy yachts in Saint-Tropez. Photo: Mary Malone