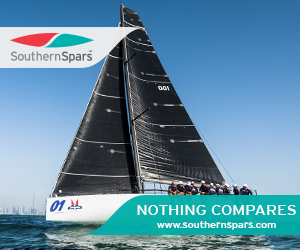 Race 5 was moved to earlier in the day as the forecast called for strong winds and it did just that. The conditions put the whole fleet to the test, but Jean Genie started well and was in the lead at the first cross and never looked back, leading all the way and stretching upwind and downwind for a massive victory . Artemis crossed the first mark in fifth but quickly rose to second place and held it until New Moon II arrived.

Upon arrival, the wind had increased to such an extent that the race committee thought it prudent to return the fleet to the safety of port.

Andrew Palfrey of Jean Genie gave his take on the day: “I guess today went about as planned with the breeze coming in. We were surprised at how choppy it was , but we got a good start just bottom of the group with huge gap downwind We just nibbled and finished almost hard left and we think New Moon took the right path and took a gain on us .

“But we focused on winning for our team and from there the guys did a fantastic job. Elliot drives the boat really well, like he’s been in the class for years and Sam is super solid at The steering of the boat was pretty neat, so from where we were at the lee mark, it was all about getting around the boat safely.

“For us, once we had done the hard stuff, it was about delivering to the finish line and being ready for what was next, which was unfortunately AP on A due to high winds. sea ​​state. You could easily slow down in a dip and then the boat would really load up which made it difficult.

On the performance of the new boat. “Certainly we have good speed. We have good enough speed that if we get the boat in a good spot we can usually trim and win the one-on-one speed battles in this stuff. And it seems like we have our legs downwind, which is a lot of the teamwork on the boat, but the boat feels easy to cast downwind and get down in the waves We hit 15 knots a few times today .

Thinking about the last day. “We had a bad first day, a bad first race for sure, so we just have to focus on ourselves and get some good starts and get the boat in a good position and the rest will work out I’m sure.”

Marc Ryan is on one of four Australian boats in Hankø, sailing Manly with his father Colin Ryan: “Hankø is one of our favorite spots. We bought the boat a few years ago to campaign and it is the first place for us. We are really enjoying it and learning a lot, although I think my arms grew two inches after today. The boat has been in Europe for two and a half years, so this is the first time we sail the boat.

“I’ve been coming here for 35 years. I’m a member here, as is my dad, Colin. It’s about community, friendship and the social side of sailing. “It’s probably the nicest place to sail. . Colin came here first in 1986, and did the world championships in 1987, and I came a few more years and we love coming back.”

On the future, “We bought the boat together and Colin is doing regattas, and I’m going to get my team together and hope to do Sardinia and New York after. If we can do two regattas a year, coming from Australia, it takes a long time it’s time to run. There are certainly campaigns and years to come.”

It’s been a long time since a Tolhurst captained a 5.5m World Championship, but the name is synonymous with class. Mark Tolhurst said: “It’s just fantastic to be back in Hankø and competing. My dad Frank and I came here many times in the 1970s and I always dreamed of coming back with my son Adam, and luckily we convinced him to make the trip.We haven’t competed for a while but we have a great guy with us, Stephen McConaghy from Australia and we are having a great time.

“We think if we can get into the top ten in any of these races against these professional sailors, we’re doing extremely well.

“With the Fives, I came here in the 1970s with my father. In 1976 we won the King Olav Cup, the Scandinavian Gold Cup and the World Championship. Frank built several Fives. The one he had at back then was Arunga and I came back with Arunga XII he completed all the others from I to XI and won several world championships there and was very strong in the class back then.

“I’m passionate about the 5.5 class and always have been. There are four Australian teams here and I bought this boat two years ago when it was in Australia for the World Championships. The intention is to campaign and the four of us are looking to campaign on the international circuit. I just hope I can convince Adam to come back and do it with me because that’s what it’s all about.

“I don’t really expect to be on the podium, but I do expect to come here and have fun and enjoy the company of really nice people. And the venues the Fives choose are just amazing. ”

The 2022 5.5m World Championship takes place on the wire. With the gap after the sixth race, there is still everything to play for. The top three boats are all close with a gap and with a similar forecast for Tuesday, the first race of the day could be very important.

New Moon barely made a mistake all week, with the top three finishes in all races. Defending champion Artemis also had a great week. Jean Génie had a difficult first day but has dominated since the arrival of the stronger wind and is accelerating. One of these three is likely to win the title.

Again, the schedule for the final day, Tuesday, was moved forward to 10:00 a.m. to try to get two races before the strong winds arrived.

Stay up to date with all the news on 5.5class.org. 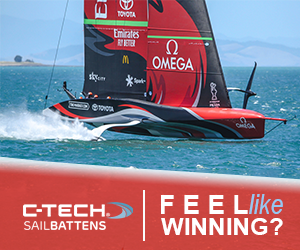